There is little time left, the Earth goes to a higher level of awareness: Will you be part of a new reality?

Judging by global change, we do not have more time for luxuries like laziness, lack of discipline, rolling in everyday routines because the Earth goes to a higher level of Consciousness and higher vibration and is already ahead of us – human beings that live with it.

Things have accelerated in the past year, I would say geometric progression. At this point we have only two choices – 3D or 5D.

If we want to stay in 3D reality and constantly have unsatisfactory lives, full frustration, unwanted situations, lack of joy and happiness, then it is our choice.

If we want to go further and finally get rid of all the balloons and cargo we have in life, then we have to work a little faster on ourselves and shake off all the forces we still have to “pull ourselves out of the box/prison mind” and become free from the self-tuned ones imposed by the Matrix system.

Because, the time left to make the decision has already passed. In other words, the time of separating the soul has already happened. These are the last moments of raising our own vibration, which means that we must have cleansed at least 50% of all our bodies: physical, mental, emotional, ethereal, astral, causal and light body. Without the harmonious effect of all 7 bodies there is no vibration rise!

We lift the body to higher vibration and clean it by working on it, either individually or with the help of others.

In the end, if you fall into those who practice spirituality by reading a couple of interesting texts on the Internet and watching a couple of youtube videos, then you are not a serious seeker. It’s just that way and there is no milder way to say it. Those who want to work on themselves will do it every day by exercising their body, mind, and emotion.

It does not have to go upstairs to find out its essence, on the contrary. We need these energies and vibrations of the heavens or the home as they have called them, “leaning” down to us and realizing Paradise where we are, only in the changed reality that is just born.

Whether you are part of a new Earth and a new reality, it is entirely up to you. 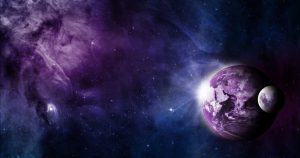 MOST are aware that something great will happen and that is already happening in our bodies, our lives, on the planetary level and even on the galactic level.

This is the time he has been writing about as a major change that will come to Earth and its people when the old deceased SYSTEM gives way to something new and better! IAKO is the Earth in a growing state of chaos, this will be completed, it is the last part of the Divine Plan and Mission for the Great Earth Awakening Project.

During this period of chaos and change of the beings Earth will begin to stand in great social revolutions because they are captured daily in life, manipulated by psychological systems that are not in their best interests. Thousands of beings go every day and see how they were fooled by creatures with control AGENDAs designed to steal all the living ENERGY.

We need your support so we can keep delivering quality content that’s open and independent. And that thing here is for the long term. Every reader contribution, however big or small, is so valuable for us. Support the SELFHINT from as little as 1$ – and it only takes a minute. Thank you.